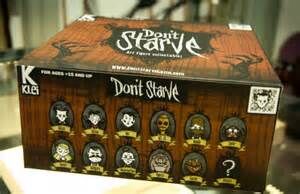 Don't Starve blind box collectibles are only available on Klei's website, made by Esc-toy. One box contains one random 3.5" - 5.0" vinyl figure and two accessories, one of which is exclusive to the character received. 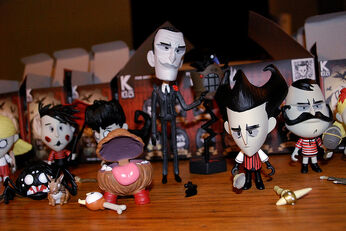 A few characters and items. 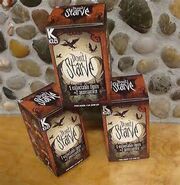 There are 12 figurines, and 25 items: one character and four items are mystery.

Klei stated that there are four possible case layouts.

Case #1 Three Wilsons and Willows, two Pigs, Chesters, Wickerbottoms, and WX-78s, and one Woodie and Wolfgang.