Don't Starve Together has been updated since its initial beta in 2014.

Don't Starve Together began with a closed beta on October 3, 2014. Sets of four keys were given to 100 of the original Don't Starve beta testers as well as a few active members of the community. A small number of keys were then given out over the next few weeks in Twitch giveaways and other promotions.

Beginning with the first major update ...In With The New, a few hundred keys were given out daily to the nearly 80,000 users who registered for the closed beta.

On December 15, 2014, Don't Starve Together entered open beta in the form of Early Access on Steam. It was available as a $5 upgrade dubbed the Frontier Pack for those who owned a copy of Don't Starve.

On April 21, 2016, the game left early Early Access and had its official release. Its full price was added, $20, and most bugs were fixed.

The development of A New Reign was officially ended on April 10, 2017.

This list only contains updates that were transferred from the A New Reign beta to the main branch. For a detailed overview over the beta updates, see Version History. 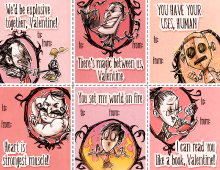 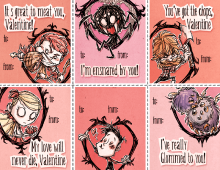 Valentines Day cards released along with the update. 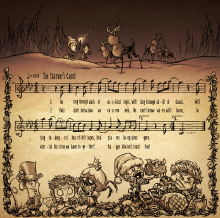 Some other things to be aware of

Changes Some changes have been made to Willow. In addition to her previous traits: