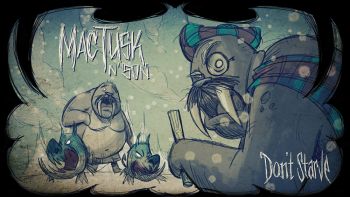 The MacTusk 'n' Son Hunting Party will spawn every 2.5 days from a fully functioning Walrus Camp. They're only active during daytime and will return into their igloo when night comes if they're not in a fight. When they've retreated inside for the evening, the light will be on. However, it isn't safe to stick around to keep Charlie at bay, since their Blue Hounds will occasionally sleep outside and will give chase to enemies that go near them.

The party is hostile towards almost any mob that comes too close to them. The player can even sneak by them while they're occupied.

If MacTusk and Wee MacTusk are dead but the Blue Hounds aren't, the Hounds will attack whatever they want until the walruses respawn.

Killing MacTusk is the only way to obtain the Walrus Tusk and the Tam o' Shanter, making the group a high-risk, high-reward challenge.