“I love this stuff!”

“It shimmers with slimy anticipation.”

“Their mucus is explosive for some reason.”

“Someone needs a tissue.”

“There must be a better way.”

“Looks 'ike somethin' I coughed up.”

“I hock those up after a long day at the factory.”

Slurtle Slime is a Mob-dropped item. It is produced by Slurtles and Snurtles after eating certain Minerals, and also dropped when they are killed. It is very explosive and can trigger Earthquakes when ignited. It deals 50 damage per charge (It can be exploded in stacks) and is a very good alternative to Gunpowder as it can be easily farmed by feeding Slurtles minerals. Additionally, it can be used to refuel a Lantern or a Miner Hat by 9.5%. 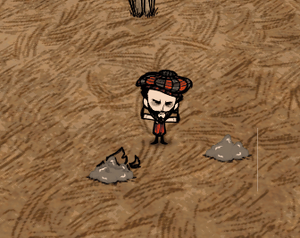