From Don't Starve Wiki
< Seasons(Redirected from Spring)
Jump to: navigation, search
“My clothes appear to be permeable.” 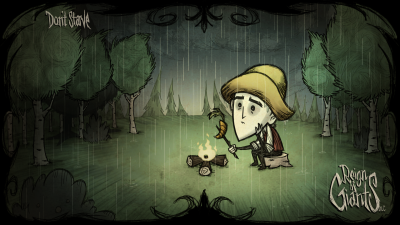 Spring depicted in a promotional image for Reign of Giants.

Spring is one of the four seasons from the Reign of Giants DLC, indicated in appearance by the world having a greenish tint.

It has a 50% chance to be the starting season instead of Autumn when playing in Sandbox Mode. With the Default Preferences, it lasts 20 days. Therefore, the first Spring lasts either from day 1 to 20, or from day 37 to 56. During the beginning and especially the middle of Spring, Dusks are very long (affecting player's sanity) but they quickly go shorter towards the last third of the season. During the first half, days are very short but they quickly get longer as the second half progresses. Stages in Adventure Mode may have different seasonal variations. Some characteristics in the world change in Spring, and surviving can become more difficult.

Changes in the World

During Spring, Mini Glaciers will begin to melt and Bees will become more hostile (though they are still not considered Killer Bees). 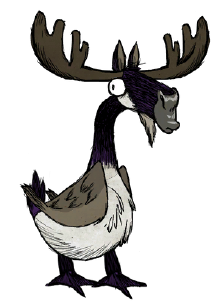 The giant of Spring: Moose/Goose.

Flowers will randomly spawn during spring even when there are no insects around.

Rabbit Holes close during Spring, forcing the player to look for a different food source.

The Moose/Goose and its nest can be encountered during Spring.

Lureplants will naturally spawn in areas that the player has explored. Additionally, Beefalo will always be in heat and Blue Hounds can spawn with Hound waves.

Spring leads into Summer. As Summer can be very deadly when unprepared, the long-term survival goal for spring is to prepare for summer in advance.

Rain and its effects

Spring is the season where rain is very frequent and puddles form on the ground.

While temperature is not an issue at this time of year, the player will occasionally freeze due to wetness.

Constant rain means that fuel is less efficient when lighting fires and more of it is needed to maintain a fire.

Additionally, Lightning strikes are much more frequent in Spring and can cause damage to the player or to unprotected structures vulnerable to fire. There is also a chance of Frog Rain.

Rain from the surface seeps into the soil, causing the Caves and Ruins to drip water from their ceiling, having the same effect as rain (This means higher Sanity Loss to account for).

Meats take more time to dry with a Drying Rack due to the rain.

On the positive side, rain causes crops to grow much quicker and Mushrooms can be picked more frequently as rain causes them to regenerate. Berry Bushes and other plants also regenerate faster.